Irish Peat, a Source of Heat, Energy and Gifts. 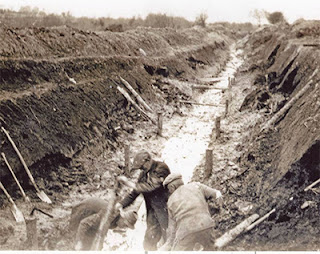 In Ireland, peat, which is also commonly called turf once it has been cut, is harvested from the bogs as a source of fuel; this practice has been an integral part of Irish history for centuries and continues today.

Peat is an accumulation of partially decayed vegetation that is cut from the land. Traditionally, turf was hand cut with a sharp hoe that produced thick, muddy bricks that were stacked during the summer months to dry.

Until the 20th century, peat's principal uses as an alternative to wood were heat along with fuel for cooking. Peat continues to be used for heat and cooking in homes and business throughout Ireland; however, typically the milled peat is dried and compressed into briquettes. 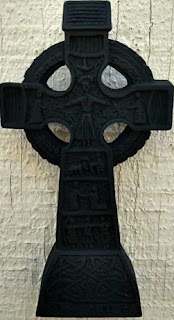 In modern times the peat is scraped with heavy equipment as part of an industrialized process with much of the peat fired at electric generating stations. The Irish government established Bord na Móna as the agency that oversees the peat resources for the economic benefit of Ireland.

For centuries peat or turf has been an integral part of Irish history with the boglands possessing a rugged beauty that has inspired generations. Turf is a wonderful and unique product of the land that has evolved into a fine medium of artistic expression that enriches the links of our Celtic heritage and cultural identity.