IRISH SUPERSTITIONS
Abiding by the rules of ancient Irish life comes naturally to many who adhere to an unwritten mythical code out of pure habit, automatically reenacting behavioral patterns learned in the childhood years. 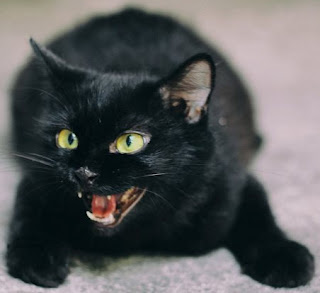 WHY ARE THE IRISH SO SUPERSTITIOUS?
Some  believe the Irish seem to be consumed by irrational fears and belief because of their history stemming from the history of their Celtic faith. Superstitions are beliefs based on myth, magic, or illogical thoughts, that are not based upon reason and knowledge as much as many reminiscences passed from generations of old. Superstitions are intrinsically tied to traditional folklore, Ireland is a country steeped in legends and myths with a vast array of characters from faeries to changelings, to wily leprechauns.

THE ORIGINS OF SUPERSTITIONS:
The exact origins of many old superstitions do appear to be an odd mixture of paganism, Christianity, and folklore, and deeply influenced by social history. Human nature is such that we always search for a cause for things we cannot understand. That desire to figure things out is the root of all scientific progress, but in the search of answers, rationality didn’t always prevail. When searching for a reason for things beyond their comprehension, imagination, speculation or hearsay would suffice, producing answers steeped in mythical origins.

COINCIDENCE OR ANOTHER FORCE AT WORK?
Sometimes unhappy coincidences reoccurred frequently enough triggering it to be acknowledged, and to become preserved in the general belief system of a community. Irish superstitions are ultimately concerned with addressing the helplessness of the human condition. In times of trouble, and there were plenty such times for the Irish in centuries past, Irish ancestors turned to old superstitions to explain the phenomenon or at most the cause. This blind faith in haphazard cures and beliefs probably brought comfort and hope to those who felt helpless. Whether the warding off of ill luck was real or imagined, at least reassurance was in attempting to control these evils.

ENDURING LEGACY OF SUPERSTITIONS FROM THE TIME OF THE DRUIDS:
Ireland remained under the influence of Druidic teachings far longer than any other European nation. This can be attributed to the island’s remoteness on the western edge of the continent, and its freedom from Roman conquest. When early missionaries converted the Irish to Christianity they did so with minimal conflict without persecutions, adopting a creed of tolerance for the old way of life. Rather than destroying sites of ancient worship, the new church transformed them into shrines of prayer and centers of worship by associating them with a saint. This policy of tolerance for old Druidic superstitions may account for their survival. The Irish have clung to the ancient customs of their forefathers for thousands of years. An enduring belief in a fairy race may be traced back to the time of the druids.

The ultimate bad luck is to spill your salt  and must be countered by throwing a pinch over your left shoulder blinding the demon behind you.  For thousands of years, salt has been an object of magic and superstition. Leonardo Da Vinci’s painting of the Last Supper shows Judas knocking over the salt - a harbinger of his betrayal.

Superstitious or not, almost everyone takes note when it’s Friday the 13th. A common theory as to why the Irish have a fascination with this date is that there were 13 people at the Last Supper and Christ died on Good Friday, hence Friday the 13th.

• If you trip and fall in a graveyard you will most likely die by the end of the year.
• A black cat crossing your path is very bad luck. To counteract this make a triangle shape using your thumbs and forefingers and spit at the cat through the hole.
• An expectant mother could determine a baby’s sex by tying her wedding ring to a string and holding it above her stomach.  If the ring moves in a circle it’s a boy, if it moves back and forth, it’s a girl.
• If you find a horseshoe and nail it to or over the door open end up, it will bring good luck. This will not work if it is bought or a gift.
• If you find a four-leafed clover you will have good luck however, you must always have it with you. You cannot pass it on to another, nor should you show it to anyone.
• If your ear feels hot someone is talking about you.
• If it’s your nose that's itchy you are going to have a fight with the person nearest to you.
• Handing someone a knife is bad luck. Always put it on the table in front of them never in their hand. Wonder who accidently stabbed someone to start this one.
• If your right palm itches, it means you will receive unexpected money. Conversely the left hand signifies you will spend or lose money.
• If you break a mirror, you will have seven years bad luck.
• A response to a sudden unexplained shudder or shivering. 'Someone is walking over your grave.'
• If you get the wishbone on a chicken, hold one end of it and tell somebody else to hold the other end and whoever gets the right side after pulling it apart will get their wish.
• If you find a penny heads up you will be lucky, pick it up but if it is tails up don’t pick it up or you’ll have bad luck.
• If you take the last portion of a food, you would be an old maid or a bachelor.
• A picture falling from a wall foretells a death.
• If you put your clothes on inside out, you should leave them like that. It’s good luck.
• If you drop a knife, it’s the sign of a gentleman visitor. If you drop a fork, you will receive a lady visitor.
• Good luck housewarming gifts include bread so that you will never be hungry;  a broom so you will be able to sweep troubles and bad luck away and salt to replace tears, spice up your life and bring good luck.